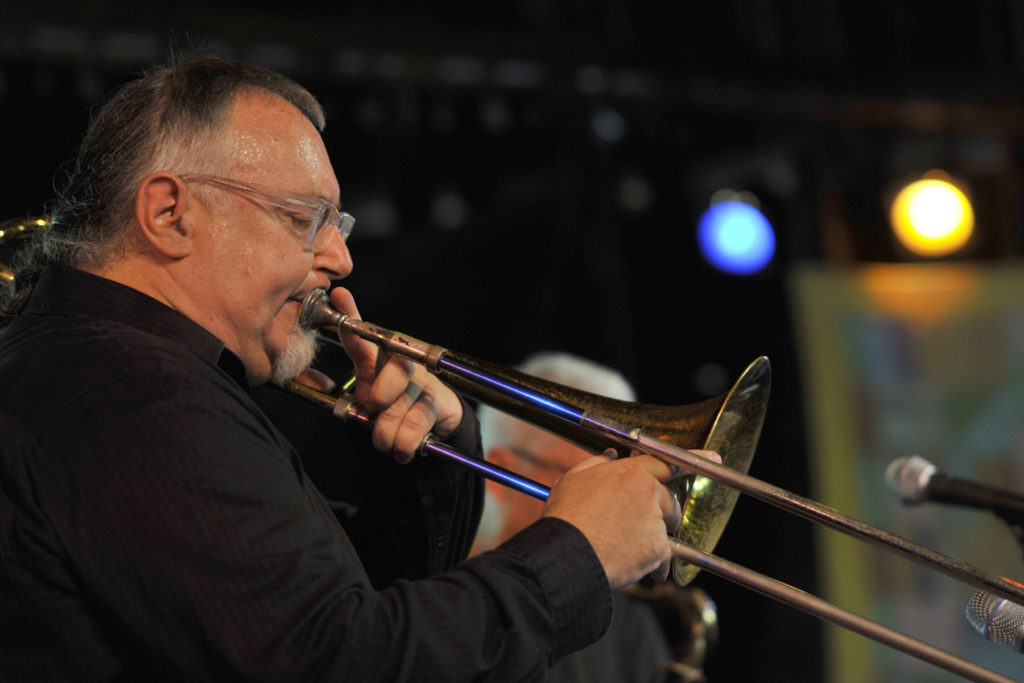 Michael Vlatkovich, trombonist, composer, and arranger, is one of the leading talents among Los Angeles improvisational players. Located on the West Coast since 1973, he is an emotionally charged performer, comfortable in a variety of jazz and world music styles. Vlatkovich has performed extensively in the United States, Canada, and Europe. His improvisionally free music expresses raw power and beauty in a minimally structured format.

Born in St. Louis, Missouri, Vlatkovich began studying music with the school band in the third grade. He distinguished himself in high school and was awarded a music scholarship to attend the St. Louis Institute of Music. Prior to his education at the Institute, Michael took part in an intensive six week workshop with internationally acclaimed saxophonist Oliver Nelson and guest soloists, Thad Jones, Mel Lewis, Roland Hanna, Ron Carter, and Phil Woods. Among his fellow students were Hamiett Bluett, Joe Bowie, Julius Hemphill, and Oliver Lake.

In addition to leading his own diverse imaginative ensembles, Vlatkovich has performed with a wide array of singers and instrumentalists including Peggy Lee, Brian Setzer, Bryan Adams, Bobby Bradford, Gerry Hemingway, Rob Blakeslee, Rich Halley, among many others. The trombonist has also performed on sound tracks for a variety of television and film projects including The Mask, Jingle All The Way, and the critically acclaimed John Cassavette’s film The Tempest.

In 1981, the composer formed Thankyou Records in order to document the truly unique forward thinking musical concepts and ideas of both himself and his music collaborators. (These recordings have received critical acclaim in music publications and periodicals throughout the United States and Europe. Many of them have been selected for the lists of ten best jazz recordings.

Most recently the trombonist has been performing with his own ensembles, and co-leading Transvalue with poet Charles Britt. Vlatkovich is also a regular member with the Vinny Golia Large Ensemble and Rob Blakeslee Quartet.